This is a gorgeous slab of Saddle Rim Sagenite Agate that was collected from the Gary Buss Claim in Culver, Oregon. It is polished to a mirror-finish on one side and features beautiful spherical aggregations of sagenite crystals throughout the agate. 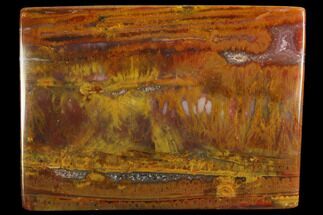