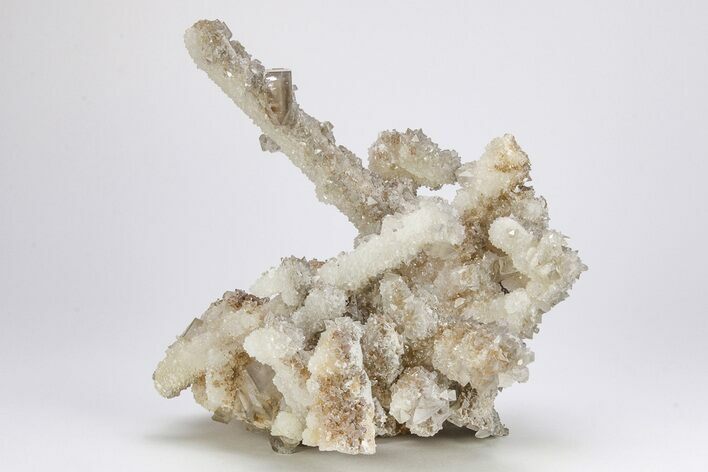 This is a large association of smoke-grey, tabular barite and dendritic druzy quartz that was collected from the Sichuan Province of China. At this mine, these zoned barite crystals are often found in association with quartz crystals on an unspecified matrix. Regardless, this specimen is quite fun to look at with the wild variety of contrasting crystal habits and colors. An intriguing branched display piece. 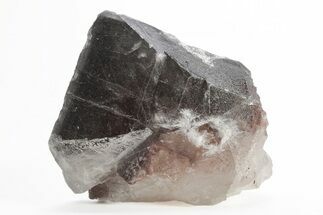 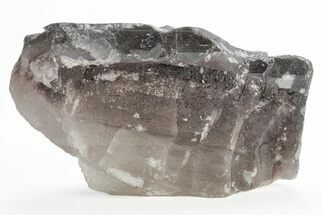 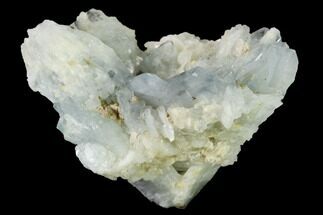