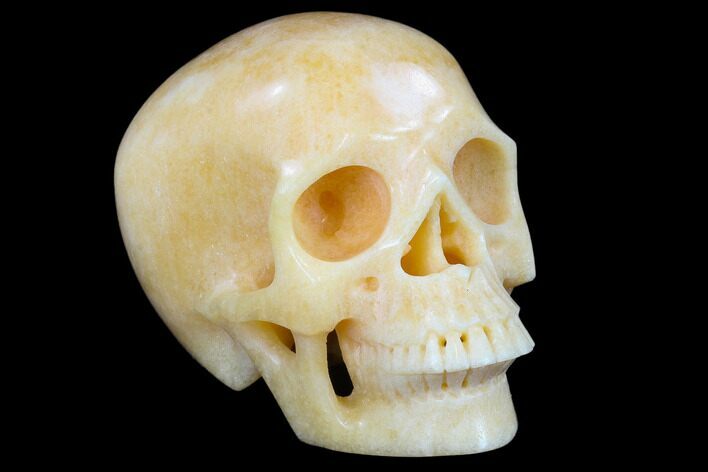 This is a 5" wide polished skull that was formed from yellow aventurine. The crystal has been meticulously sculpted and polished into the shape of a skull. The underside of the skull and the nostrils have been hollowed-out, making the specimen closer in resemblance to a real skull.