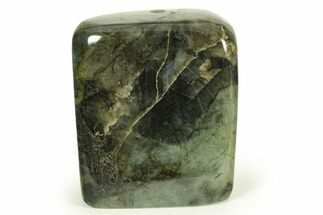 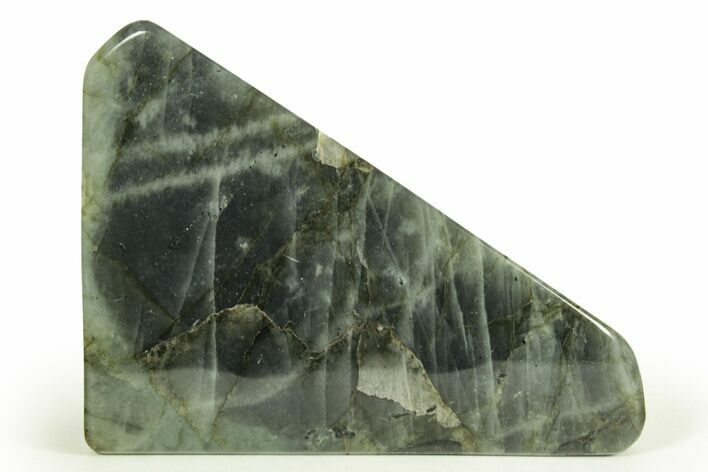 This is a piece of labradorite polished into a beautiful free form statue. While it does not have any labradorescence, it has a nice internal pattern and an intriguing grey color. 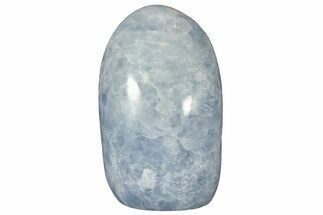 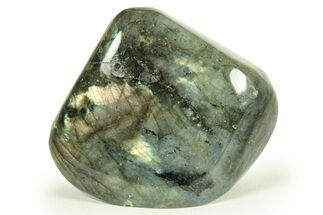 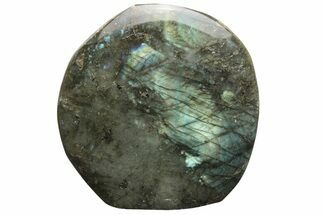