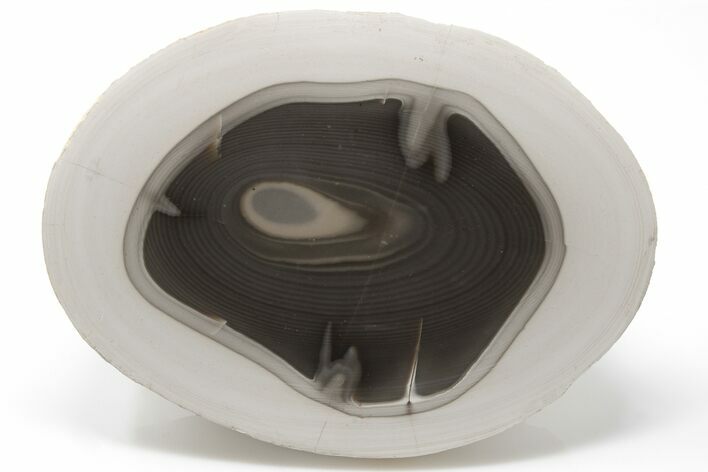 This is a large, 6.9" wide polished section of striped flint, collected from the Swietokrzyskie Mountains of Poland. This form of flint is fairly rare and will typically display a striking, banded striping pattern, hence its use today in jewelry. The cream, browns, and mahogany colors appeal to the senses in their swirled pattern, and are reminiscent of latte art.

This specimen displays nicely on the included display stand. 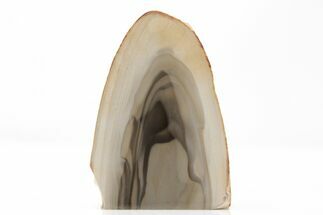 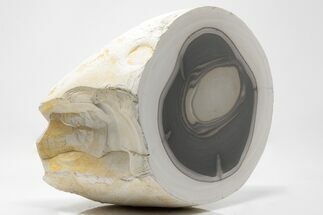 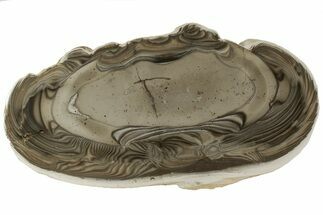 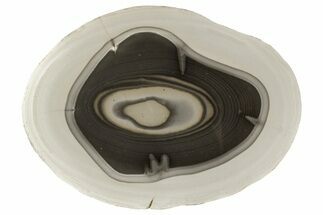 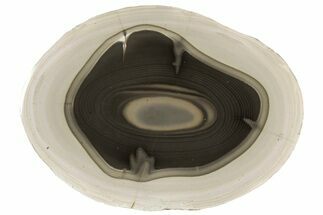 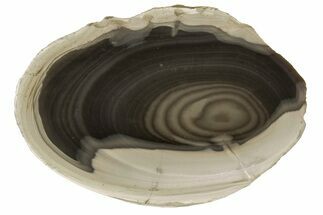 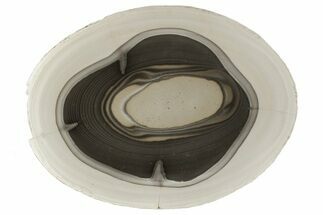 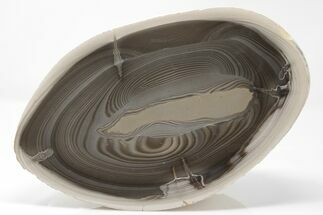 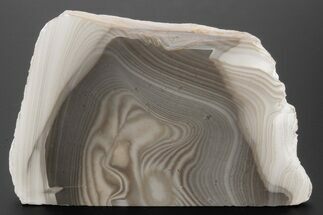