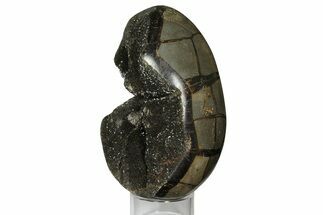 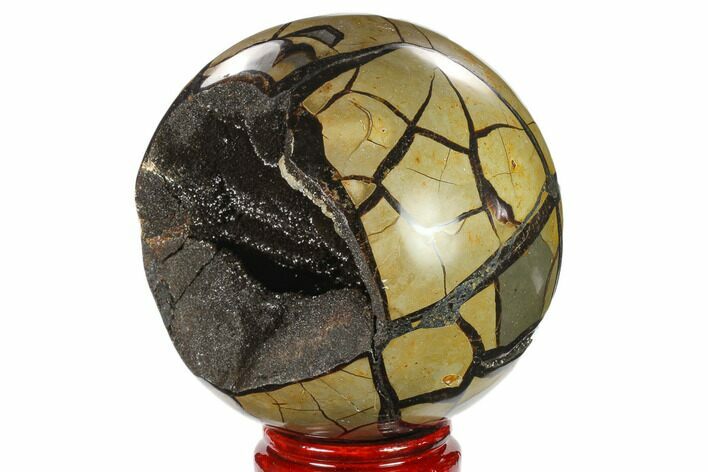 This is a stunning 6" wide, polished septarian geode collected in the Betsiboka Region of Madagascar. The hollow cavity is full of shimmering, black calcite crystals. It is a hollow septarian nodule, which has been polished into an round, sphere shape.