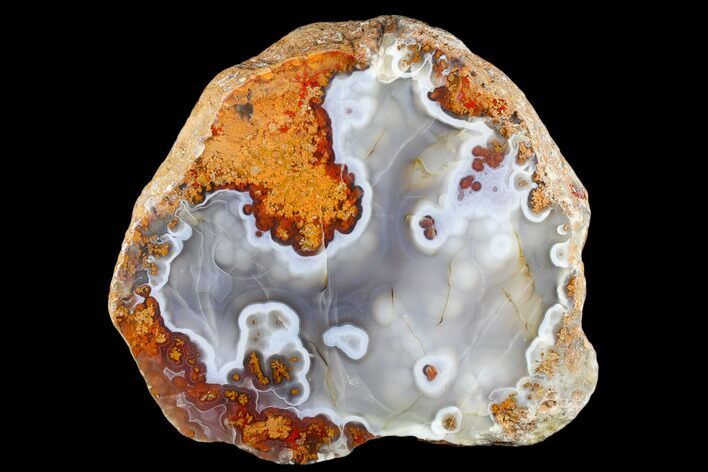 This is a polished agate nodule half that was collected from the Khenifra Province of Morocco. There are plume structures that branch inward from the walls of the nodule, each of which has been covered in layers of agate, resulting in botryoidal formations within the transparent agate. It measures 7.4" wide and is up to 2.6" thick.