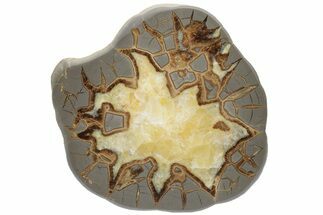 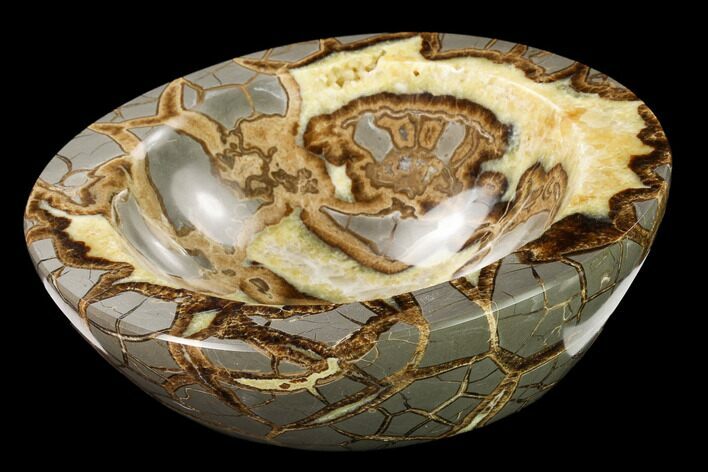 This is a beautiful, 7.6" wide decorative bowl made from septarian. The septarian comes from the Frontier Formation of Utah and was deposited during the Late Cretaceous - Cenomanian Stage, or approximately 100 million years ago. The contrast between the grey limestone, yellow calcite crystals and brown aragonite is quite stunning. This specimen also contains an ammonite cross section that can be found within the bowl.

The cracks in the concretions are then filled in with minerals such as calcite (yellow) and aragonite (brown) and sometimes pyrite causing the very interesting patterns, which have often been described as dragon's skin. They are frequently found as geodes with hollow, calcite crystal filled cavities. More rarely the fossils that originally started the formation of the concretion are still preserved in the septarian.
View All Polished Stones
SOLD
DETAILS
SPECIES
Septarian & Unidentified Ammonite
AGE
Late Cretaceous - Cenomanian Stage 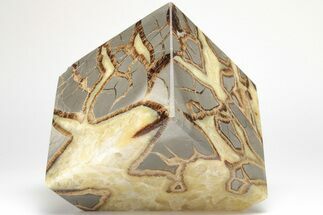 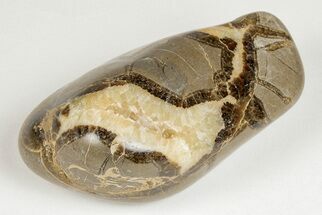 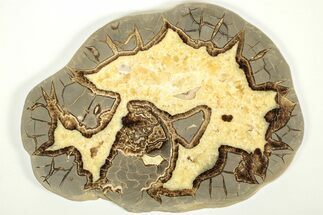 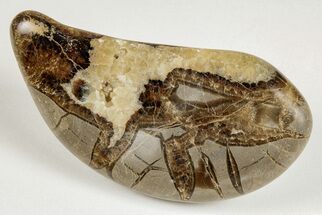 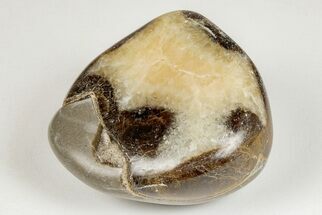 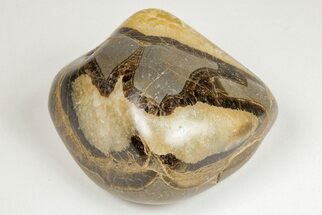 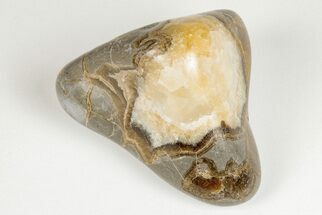