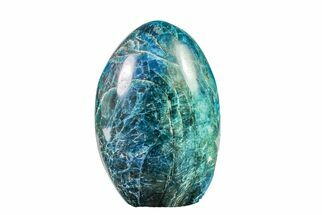 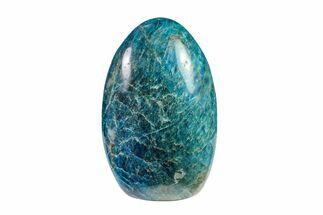 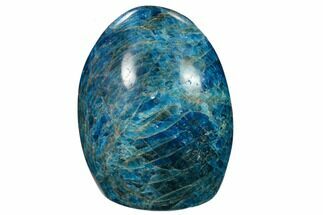 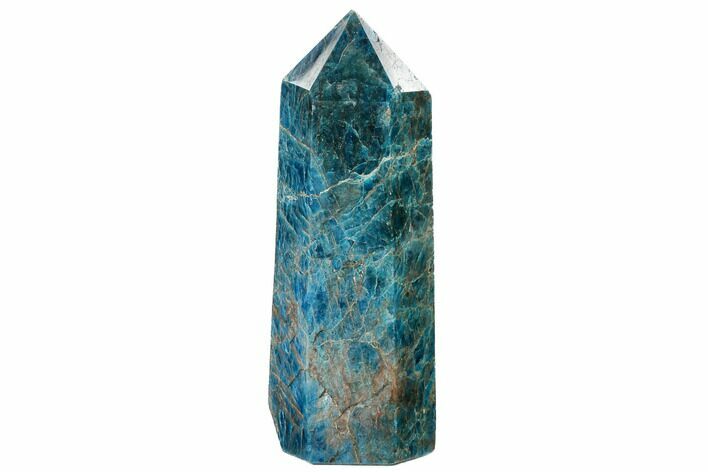 This is a 9.5" polished free standing obelisk made of blue apatite collected from Madagascar. Blue apatite has a very unique character along with great color play in the light. The base has been cut flat, which allows it to display nicely without the use of a stand. The electric blue color it gives off in the right light makes this something that can truly be appreciated in person.

There is a small chip at the very top of this obelisk and a few small nicks along some of the edges.

Apatite is not a single mineral but a group of phosphate based minerals that includes hydroxylapatite, fluorapatite and chlorapatite. Fluorapatite is by far the most common variety and can be found as both hexagonal crystals in many colors and massive forms.

The stone from Madagascar generally referred to as “Blue Apatite” is a massive form of fluorapatite. It is mined from several locations in the Anosy region and is frequently polished into shapes such as spheres, skulls, and figurines for decorative purposes. It has a very vibrant blue coloration and is quite striking in appearance.
View All Polished Stones
SOLD
DETAILS
SPECIES
Blue Apatite
LOCATION
Isoanala, Anosy Region, Tuléar Province, Madagascar
SIZE
9.5" tall, 3.3" wide
CATEGORY
Apatite
SUB CATEGORY
Blue Apatite
ITEM
#169425
SHIPPING
Shipping & Return Policy info. 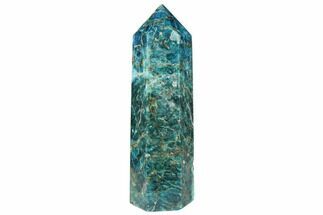 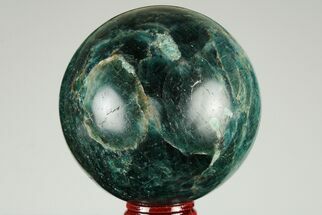 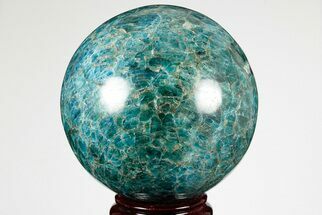 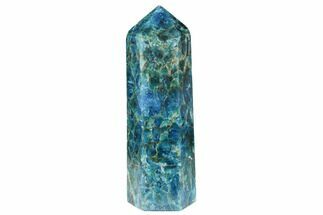 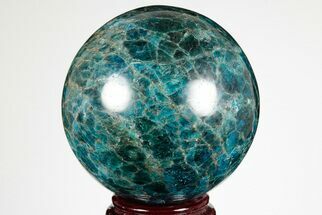 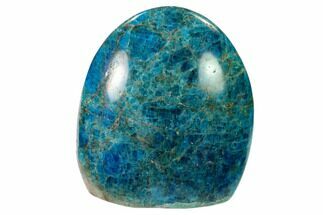 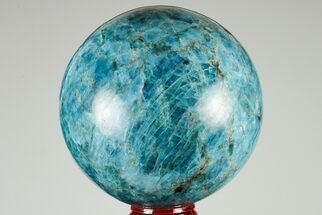 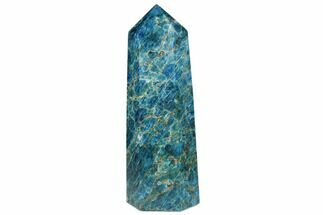