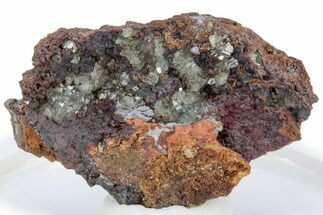 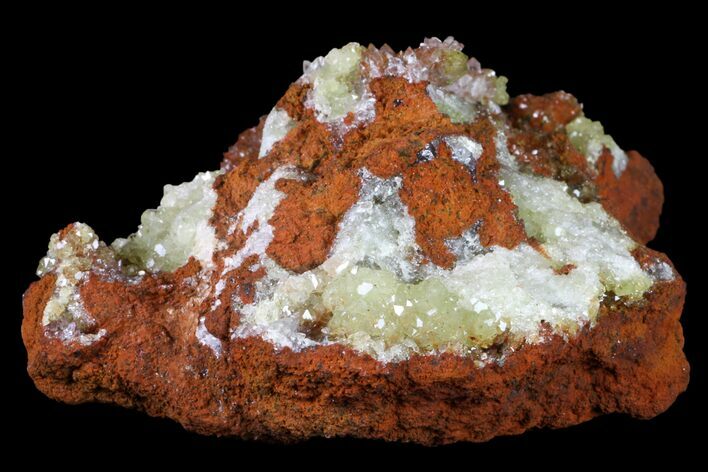 This is a beautiful specimen of gemmy, yellow adamite crystals associated with small calcite crystals, collected from the Ojuela Mine in Durango, Mexico. The adamite formed as beautiful double-terminated crystals.

Adamite is a basic zinc arsenate with the base chemical formula of Zn2(AsO4)(OH). When impurities are present in the mineral, the color is altered, explaining the wide variety of colors that adamite displays. Copper and Cobalt are some of the known impurities that can give mineral specimens a green (Cu) to pink/red (Co) color. Adamite is typically found imbedded in a limonite matrix, formed as a secondary mineral in oxidation zones of hydrothermal replacement deposits.
View All Mineral Specimens
SOLD
DETAILS
SPECIES
Adamite & Calcite
LOCATION
Ojuela Mine, Mapimi, Durango, Mexico
SIZE
Entire specimen 2.8x2x1.3
CATEGORY
Adamite
ITEM
#155295
SHIPPING
Shipping & Return Policy info. 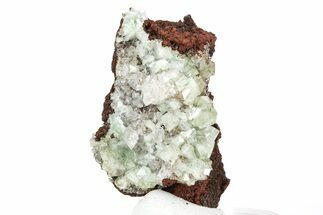 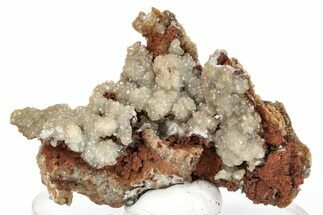 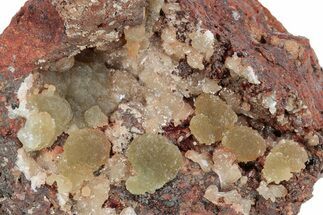 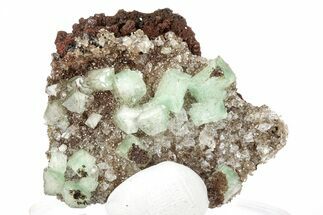 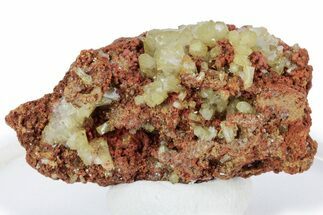 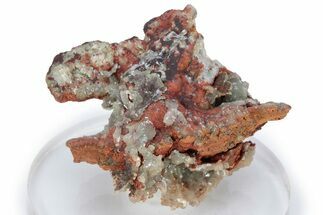