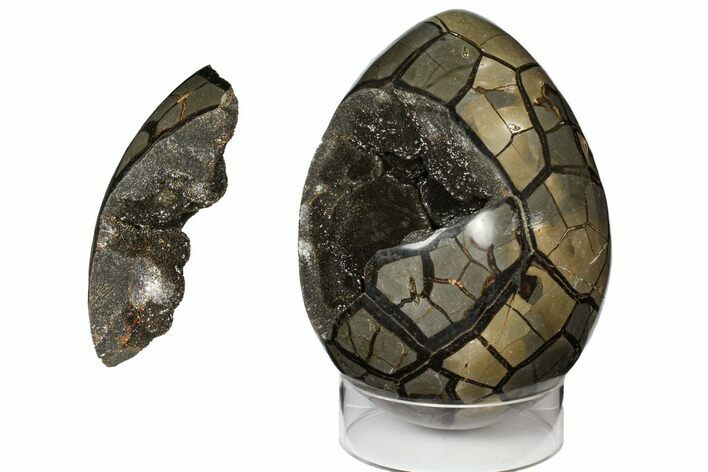 This is a massive polished septarian geode collected in the Betsiboka Region of Madagascar. The hollow cavity is full of shimmering, black calcite crystals. It has been polished into an egg shape, and a removable "puzzle piece" allows the interior, crystal filled cavity to be viewed. There is a repaired crack that runs around one side and wraps around the bottom of the egg. There are some spots of gap fill within this crack.