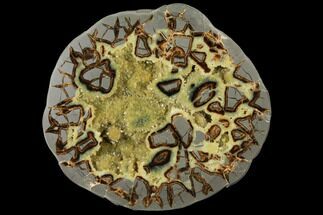 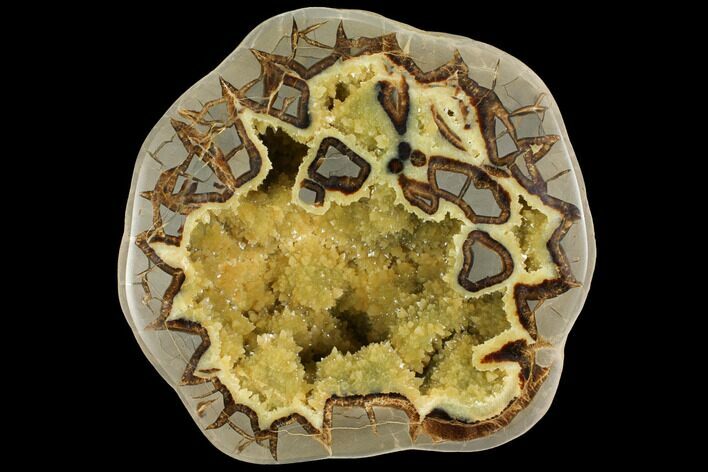 This is a stunning, yellow crystal filled, septarian geode mined from a location west of Orderville, Utah. The open face of this geode has been polished. Comes with an acrylic display stand to assist with presentation. 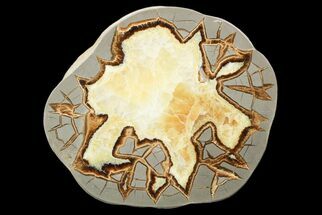 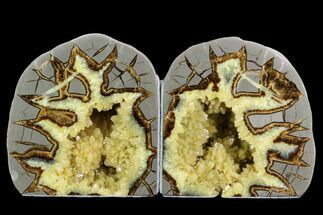 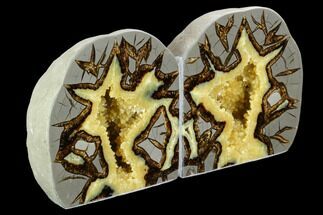