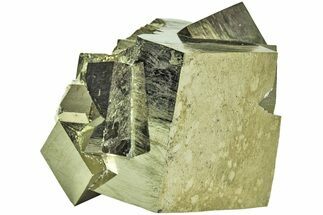 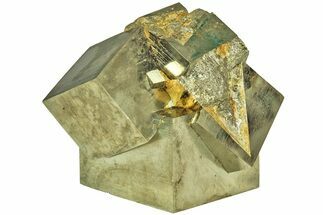 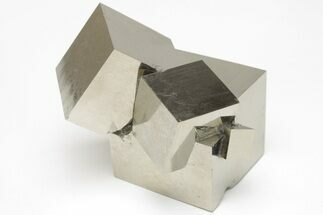 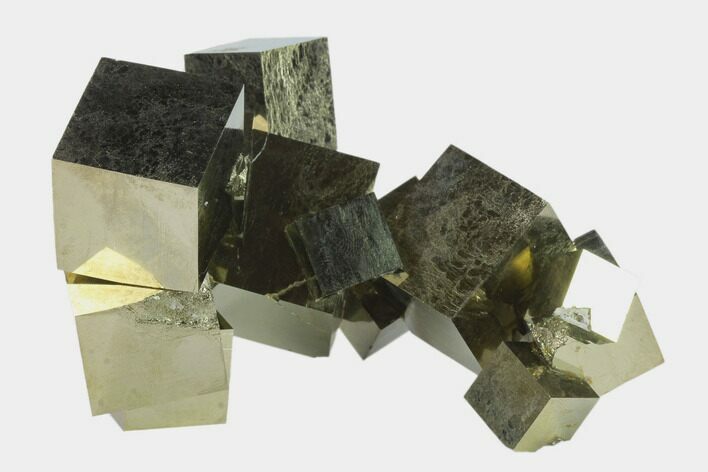 These are shiny twinned pyrite cubes from the famous Victoria Mine in Navajun, Spain. The largest cube is 1.2" wide and the entire specimen is 4.7" long. The pyrite crystals formed naturally and were carefully extracted from the rock where they're found using mechanical tools. There are repaired cracks between many of the cubes which is common as they very often break during extraction. 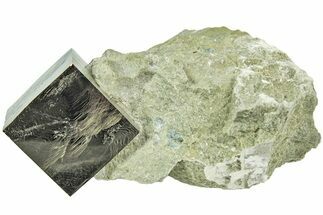 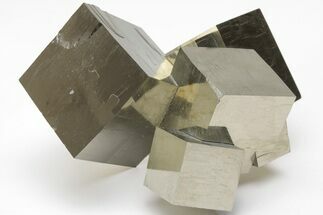 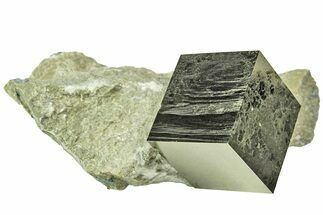 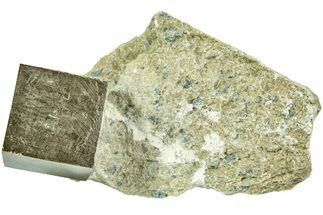 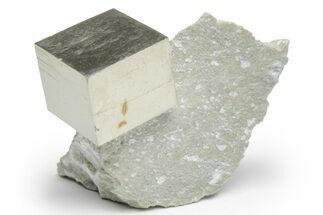 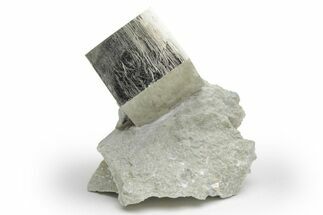