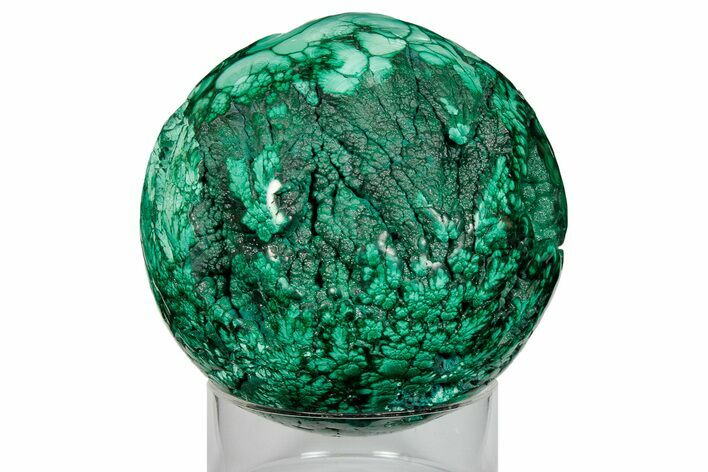 This is a stunning, hand-polished sphere of brilliant green malachite from the Congo. The lapidary work is very nice, and allows for the natural botryoidal patterns in the mineral to be seen. There are multiple pockets that feature both concave and convex botryoidal formations, some of which have a beautiful sparkle.

This is one solid piece of malachite that hasn't undergone any compositing. It makes for a very aesthetic display piece and comes with an acrylic ring display stand.

Malachite has been prized since ancient times, first as a utilitarian copper ore, then as an ornamental stone. Due to it's value as a decorative stone, it's rarely mined as a copper ore anymore.
View All Malachite Spheres
View All Polished Stone Spheres
View All Polished Stones
SOLD
DETAILS
SPECIES
Malachite
LOCATION
Katanga Province, Democratic Republic of the Congo
SIZE
4.2" wide
CATEGORY
Malachite
ITEM
#176116
SHIPPING
Shipping & Return Policy info. 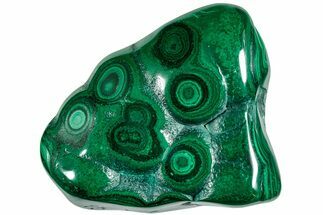 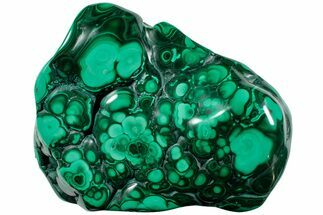 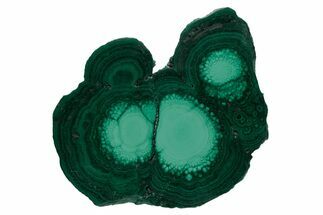 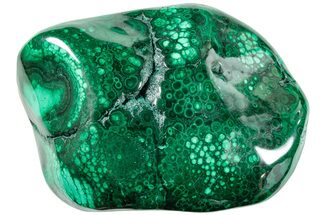 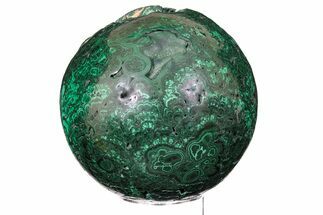 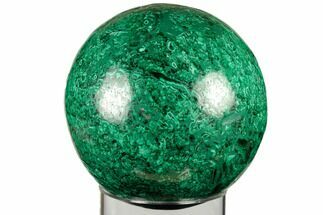 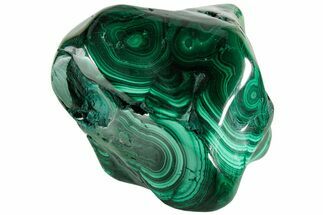