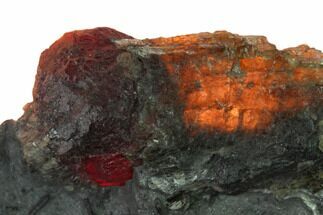 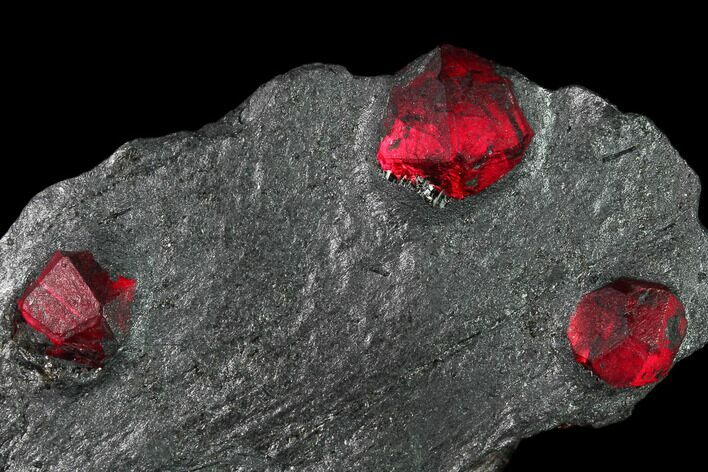 This is a trio of large, "red embers" garnets in a graphite matrix from the Red Embers Mine near Erving, Massachusetts. The rock has been worked to expose the garnets on both sides so they can be backlit causing them to glow. 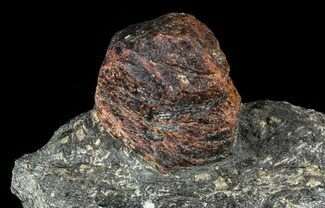