In 2013 the North Carolina state legislature officially designated the fossil teeth of the prehistoric Megalodon shark as the North Carolina state fossil. The Megalodon was the largest shark to ever have existed reaching massive sizes of close to 60 feet in length. Compare it to the Great White Shark that rarely gets above 15 feet in length, and maxes out around 22 feet. 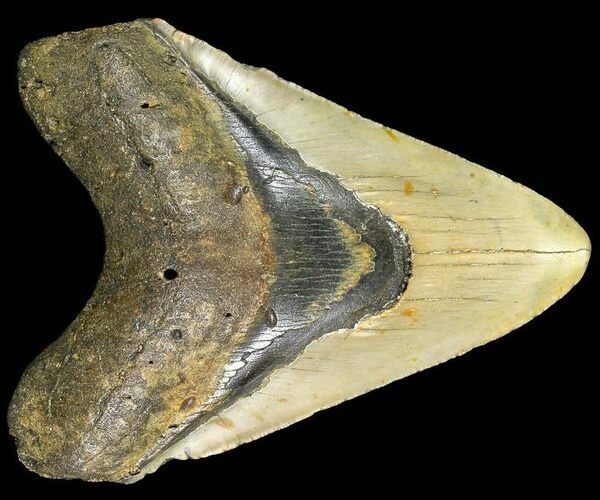 A 5.18" Megalodon shark tooth found off the coast of North Carolina.


From 23 million years ago to as recent as 2.6 million years ago this massive, ocean predator patrolled the shallow oceans around North Carolina feasting on whales, sea cows and other large marine mammals. It had gigantic teeth measuring up to 7 inches long. Like modern sharks, the Megalodon shed it’s teeth frequently as they became worn or damaged from feeding. Because teeth are fairly hard allowing for good fossilization and an adult Megalodon may have shed upwards of a thousand teeth in its lifetime Megalodon teeth are relatively common fossils in North Carolina. 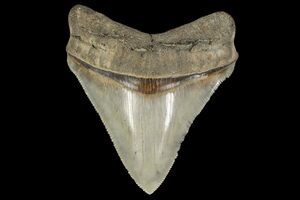