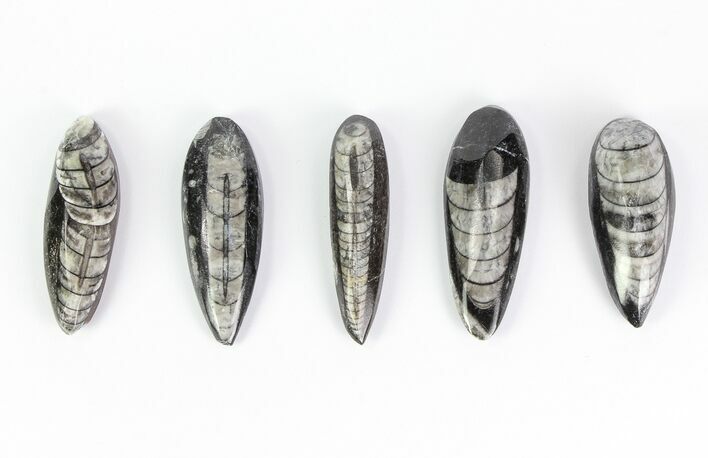 These are small polished Orthoceras (cephalopod) fossils from Morocco. They range from 1 1/2 to 2" in length with most being closer to 2" long. The photos are representative of the specimen you will receive. An ID card will be included with each specimen.

While orthoceras is the common name for these cephalopods, there are actually several different genus including Michelinoceras and Arionoceras found in association. Unless you are one of the world's leading experts on fossil cephalopods you probably won't be able to tell them apart.
FOR SALE
$3
Quantity Discounts
5 to 24 Pieces
$2
25+ Pieces
$1.50
DETAILS
FOSSIL TYPE
Orthoceras (cephalopod)
AGE
Devonian (400 million years old)
LOCATION
Atlas Mountain Range - South Morocco
SIZE
1 1/2 to 2" long
PRODUCT ID
P-339
RELATED 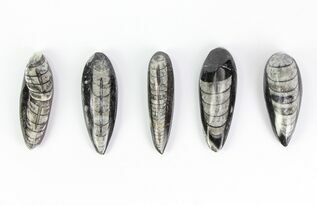 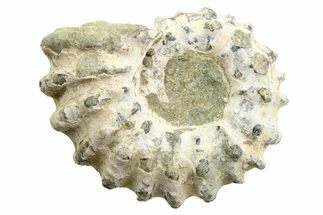 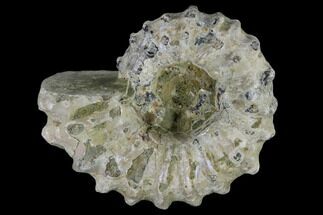