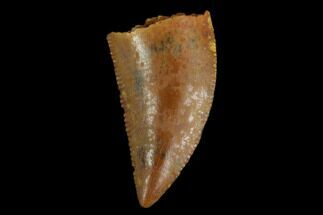 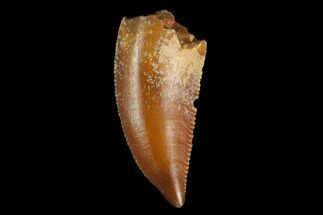 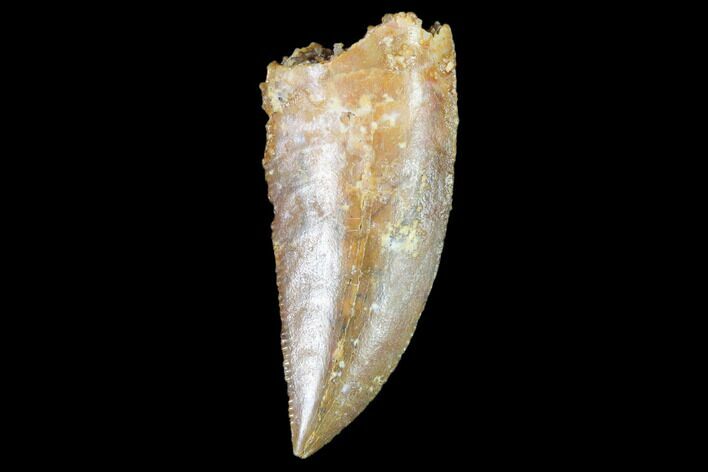 This is a very large tooth for these small theropod dinosaurs. The enamel and serrations are a bit worn. One stabalized crack in the lower half of the tooth.
About Dinosaur Teeth
View Jurassic World Fossils
SOLD
DETAILS
SPECIES
Unidentified
AGE
Late Cretaceous (95 million years) 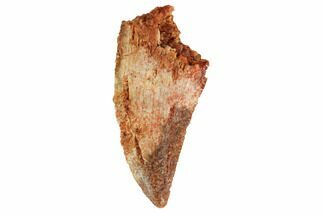 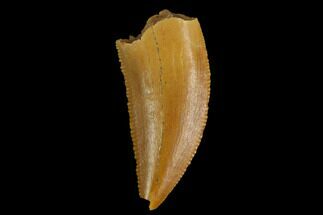