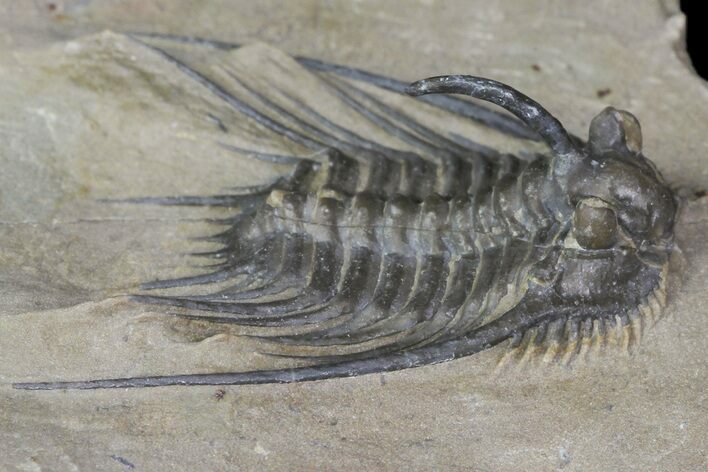 This is a well prepared, 1.05 Leonaspis spinicurva from Foum Zguid, Morocco. This scarce species of Leonaspis has a distinctive, long, curved occipital spine.