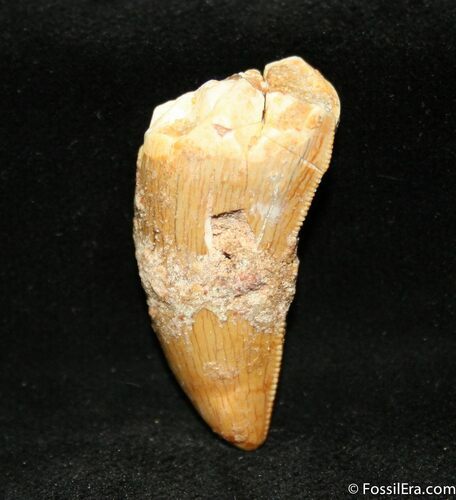 Here is a partial tooth of Carcharodontosaurus saharicus one of the largest theropod dinosaurs to roam the planet, even bigger than T-Rex. It's from the Kem Kem Basin in Morocco and is Cretaceous in age.

The tooth is a partial tooth and has been repaired through the middle where it was broken and attached back together using some sand to fill in the gap (typical Moroccan repair work). Despite the repair this tooth has great serrations and natural enamel.