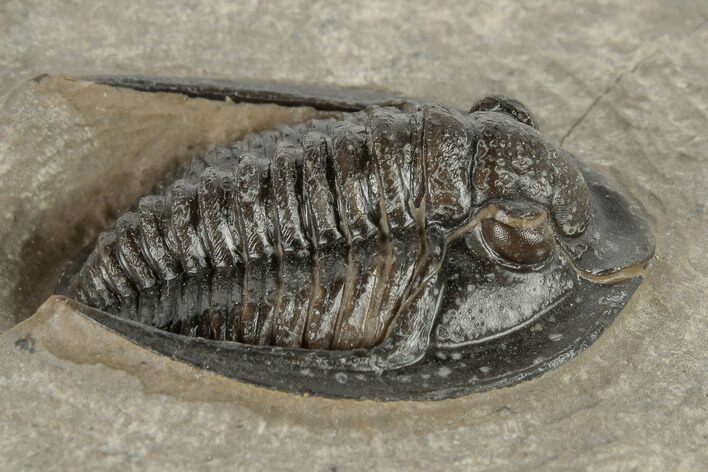 This is a 1.1" long specimen of Diademaproetus praecursor from the Timrhanrhart Formation near Foum Zguid, Morocco. This large, proetid trilobite has distinctive swept back genal spines and the chocolate brown shell preservation contrasts nicely with the light brown rock.