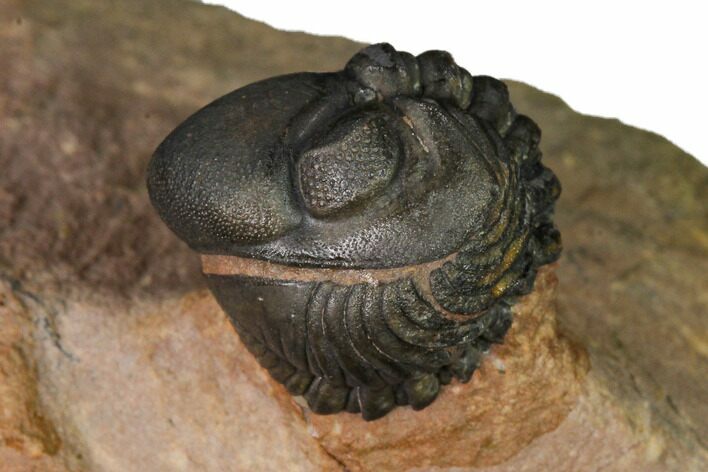 This is a 1.1" long (if outstretched) Reedops trilobite collected from the Lhandar Formation near Lghaft, Morocco. Clear eye facet preservation in both eyes. 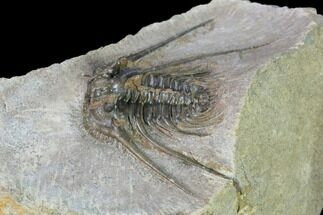 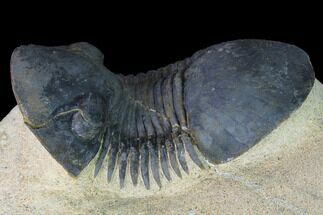