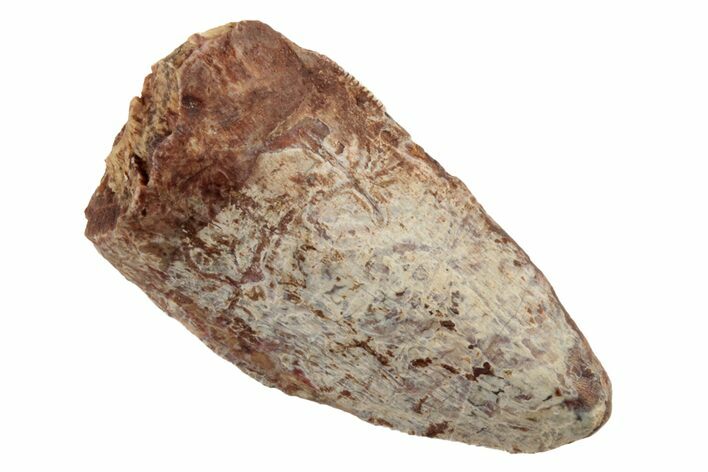 This is an exciting, 1.1" serrated Phytosaur (Redondasaurus gregorii) tooth that was collected from the Bull Canyon Formation of New Mexico. There are partial serrations along one side of the tooth The enamel has some wear and there are some repaired cracks, but the overall tooth is very nice.