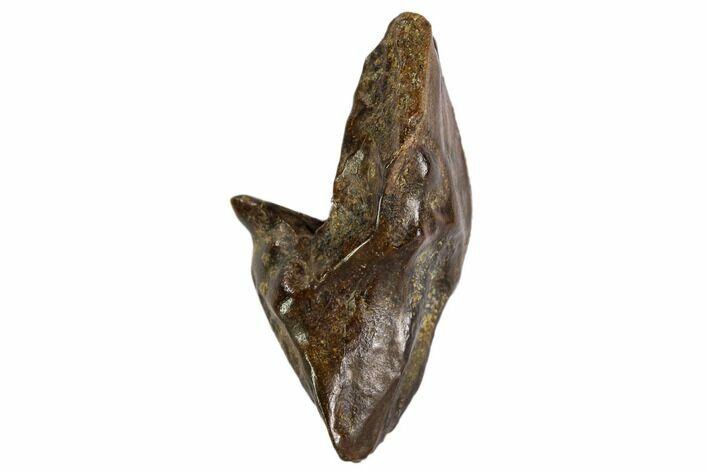 This is a 1.1" long Triceratops tooth, from the Hell Creek Formation, Carter County, Montana. The vast majority of teeth found are worn teeth that are discarded during the dinosaurs lifetime. This well preserved tooth exhibits some feeding wear but denticles are still visible. 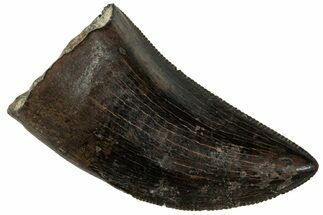