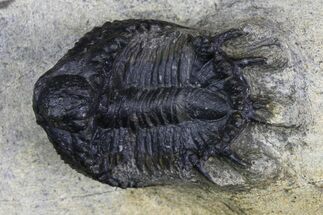 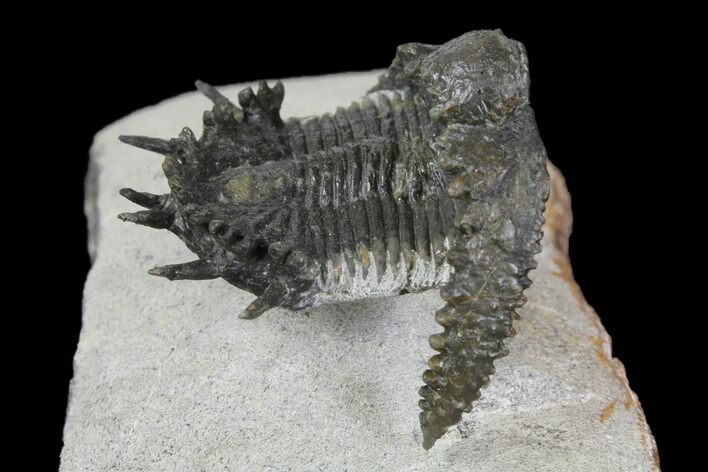 This is a good sized specimen of a rare Akantharges mbareki trilobite from Tinejdad, Morocco. It's 1.2" long and nicely prepared with good shell detail. The hypostome (mouthplate) has been exposed on the underside of its head. A really nice specimen. 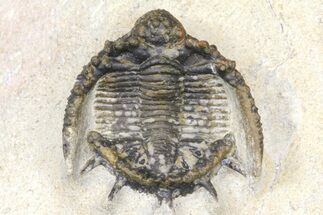 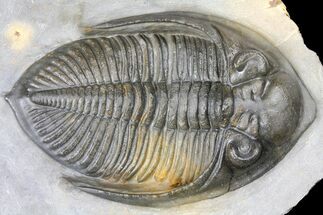