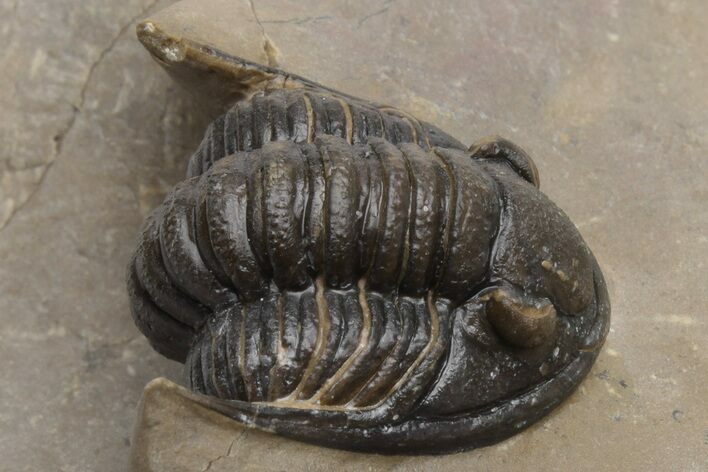 This is an uncommon Dalejeproetus sagaouii trilobite from the Lower Devonian Lhandar Formation of Morocco. Nice preservation and preparation. Comes with an acrylic display stand.