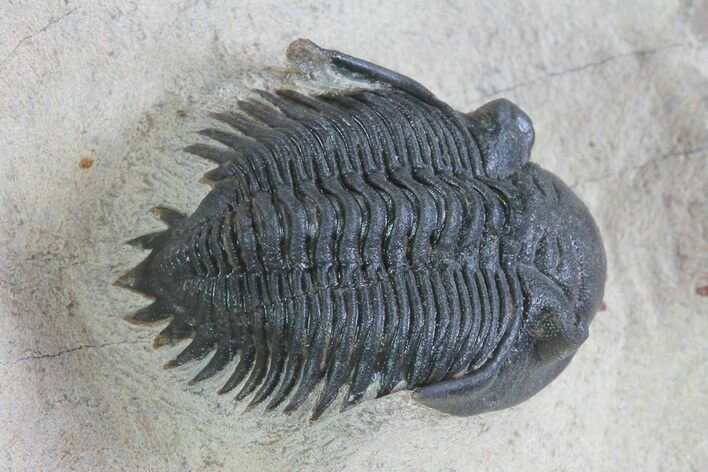 This is a cute, little, 1.2" specimen of Metacanthina issoumourensis often referred to as an "Asteropyge" or “Kayserops”. It's has great preservation and preparation. There is a healed injury/bite mark on the left hand side of the tail which is quite interesting.