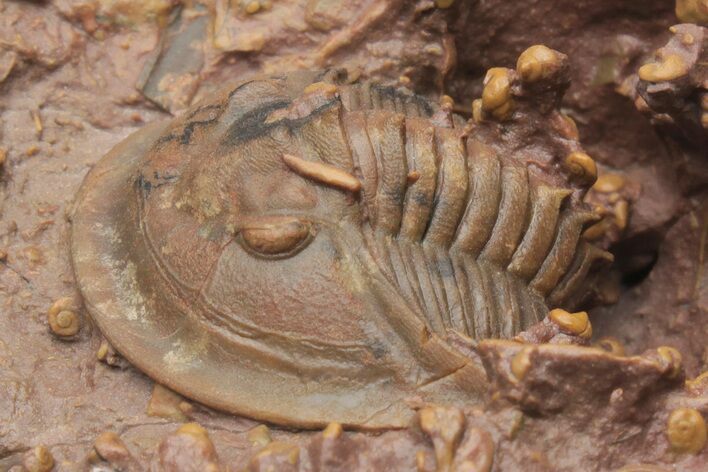 This is a fairly rare, spiny Proetid (Tropidocoryphe) from the Lhandar Formation of Morocco. It is exceptionally well prepared, and the surrounding limestone is full of microfossils that have been exposed under microscope. This added many hours to the overall preparation time, but provides a view into something typically not seen. The microfossils primarily include small corals, gastropods and other fragments.