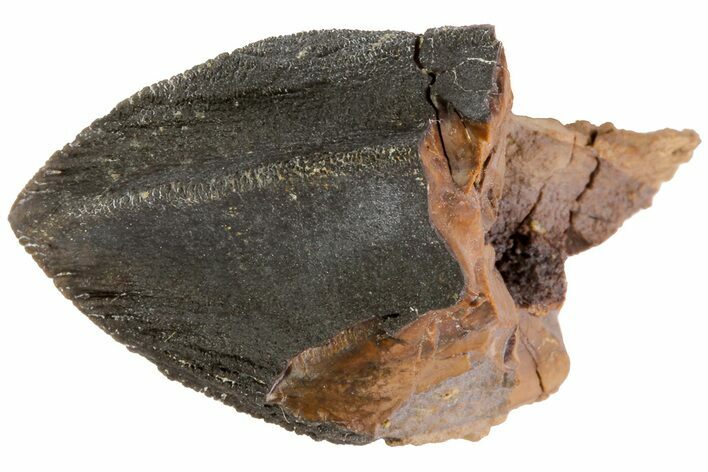 This is a 1.25" long, partially rooted tooth of Triceratops horridus, one of the most recognizable dinosaurs of all time. Most of the root of this tooth has been sheered but the crown is basically unworn.