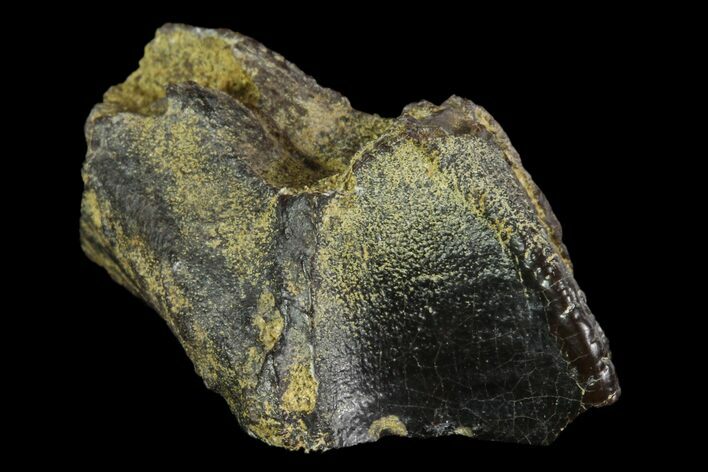 This is a 1.3" long, partial tooth of Triceratops horridus, one of the most recognizable dinosaurs of all time. One side of the tooth has been sheered away, hence the bargain price. 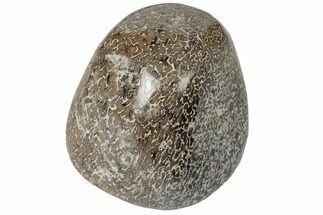