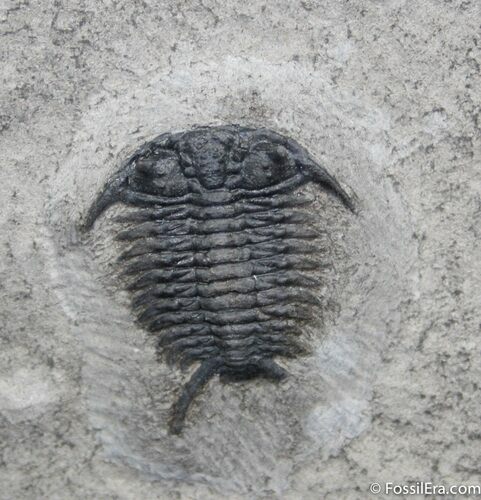 Here is a 1.37 inch long Ceraurus pleurexanthemus trilobite from the famous Walcott-Rust Quarry in upstate NY. It was collected this past summer and meticulously prepared under microscope.