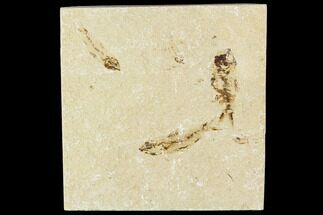 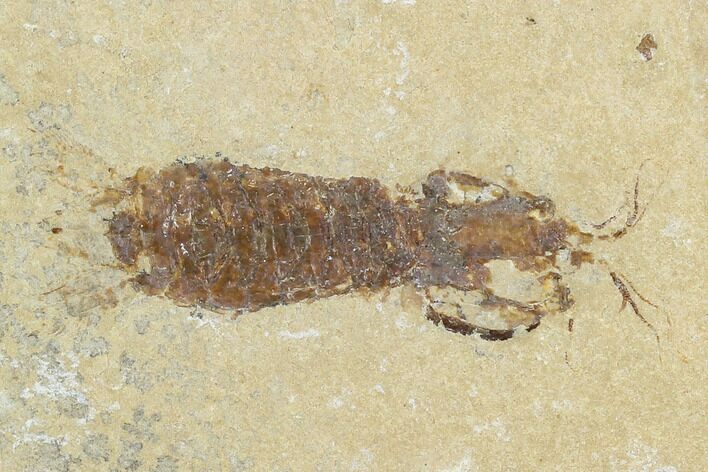 This is a 1.4", fossil mantis shrimp (Pseudosculda) from near Hakel, Lebanon. It shows the head, abdominal scales and tail. This beautiful specimen is the underside of the shrimp. There are nearly 450 species of mantis shrimp alive today and they are sometime referred to as "thumb splitters" because of how they use their powerful claws to inflict damage to prey with a single strike. 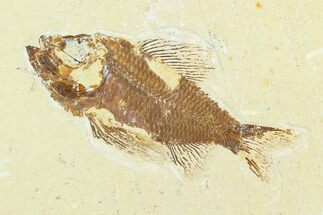 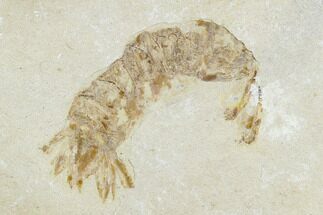