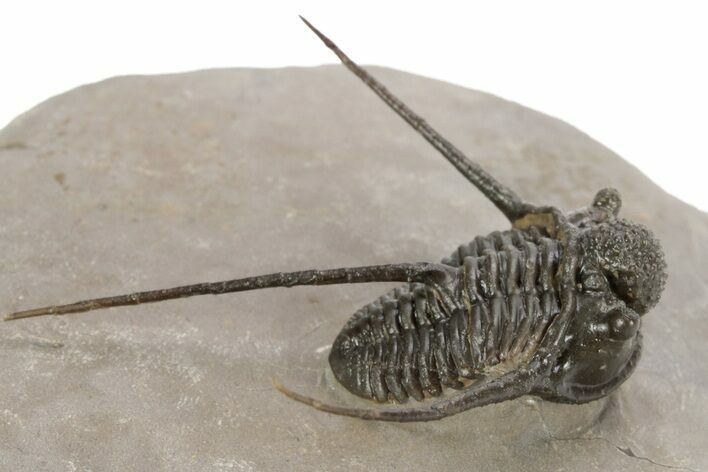 This a 1.45" long (including genal spines), specimen of the long-spined Cyphaspis eberhardiei trilobite quarried from the Timrhanhart Formation at Foum Zguid, Morocco.