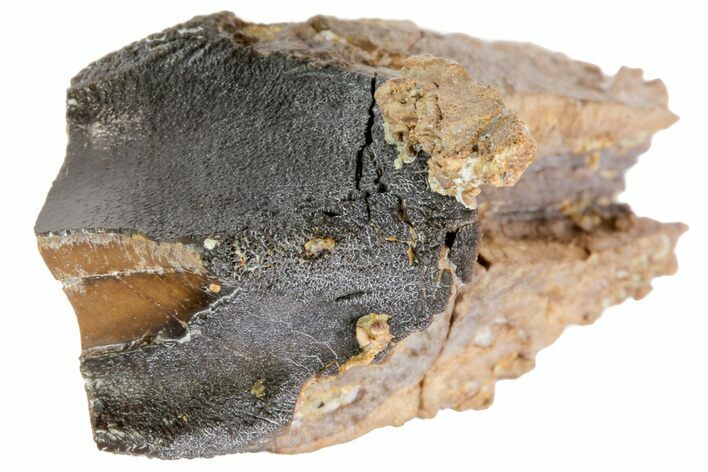 This is a 1.45" long, partially rooted tooth of Triceratops horridus, one of the most recognizable dinosaurs of all time. There is a lot of feeding wear to the top of the tooth. There is also a repaired crack through the root.