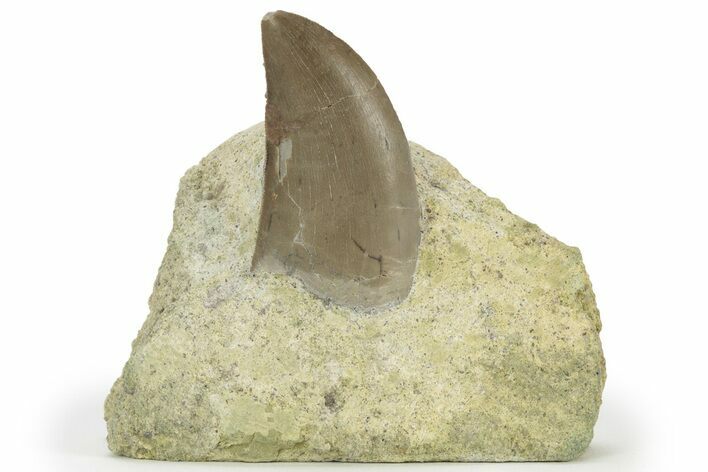 This is a gorgeous, serrated, 1.5" long Allosaurus tooth collected from our partner's private quarry East of Dinosaur, Colorado. It has excellent enamel and serration preservation, and has been mostly removed from the rock it was found in. There is a couple repaired cracks at the tip and some minor gap fill restoration in one repair. The remaining rock has been cut flat to present on a level surface by itself. 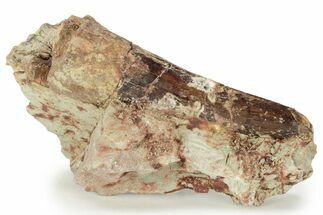