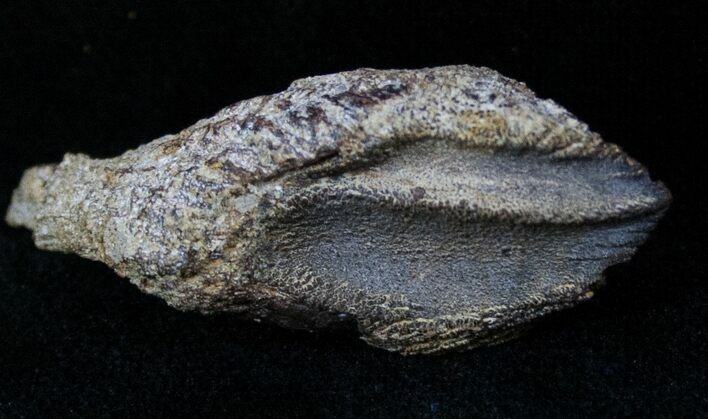 Here's a real tooth from one of the most iconic dinosaurs, Triceratops. It was collected in the 66 million year old, Hell Creek Formation in Carter County, Montana. Triceratops had a massive battery of teeth in their mouth for chewing the rough vegetation that made up their diet.

This tooth is "unerupted" (unworn), meaning it had not yet been used for chewing/feeding. A good amount of the root structure is also still present. Teeth like this are far more rare than the common shed teeth.