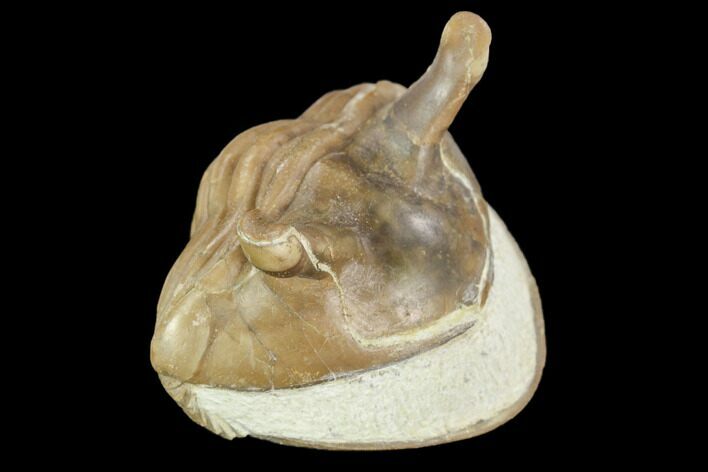 This is a 1.6" wide, enrolled Asaphus intermedius trilobite from the St. Petersburg region of Russia. There is some shell restoration on it's head.