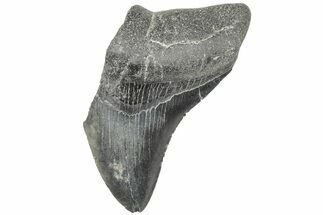 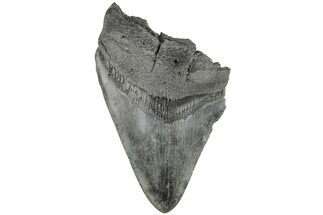 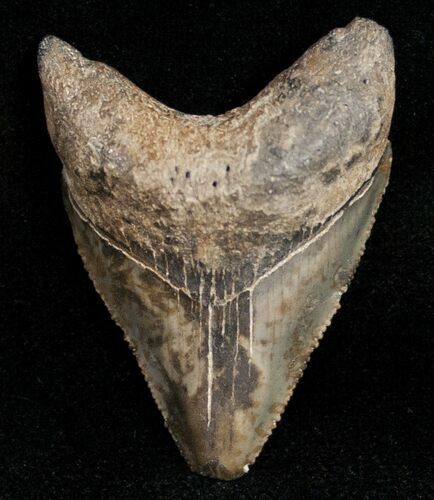 This is a 1.60" long, fossil Megalodon tooth collected in South Carolina after it eroded out of the Miocene aged Hawthorn Formation. A tooth of this size would have come from a juvenile Megalodon shark, though probably still as large as the largest modern day Great White sharks. The serrations are still sharp on this tooth. 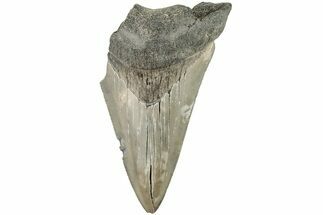