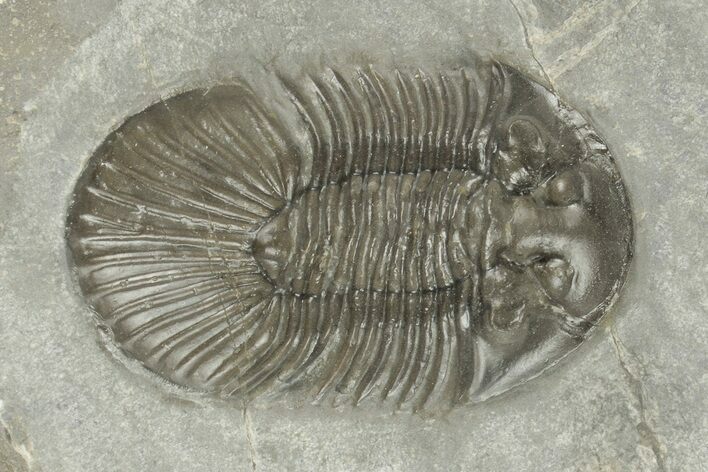 This is a very nice, 1.65" long, Scabriscutellum trilobite from Ofaten, Morocco. Excellent shell detail including thousands of tiny eye facets are present. There is about 1-2% shell restoration on this specimen along a repaired crack. 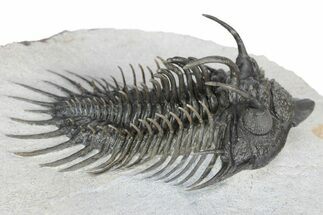