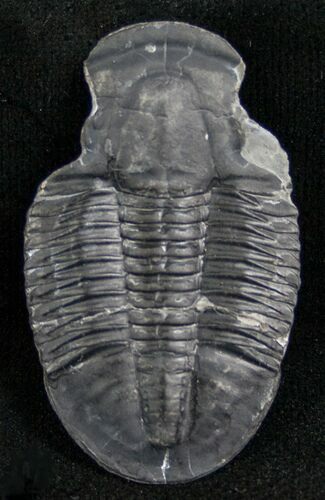 Here is a Asaphiscus wheeleri trilobite found free of the surrounding rock from the famous Wheeler Shale in Utah. Unlike the much more common Elrathia kingii, Asaphiscus rarely found preserved as calcite nodules. This specimen is 1.65 inches long and as a molt as it's missing the "free cheeks" on the side of it's head.