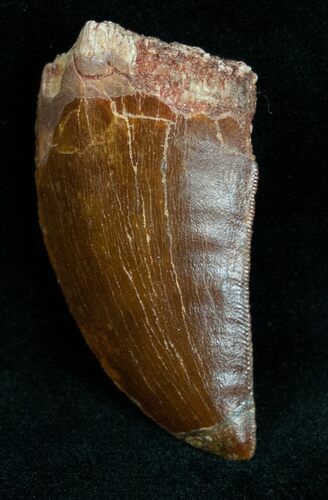 This 1.68" long Carcharodontosaurus saharicus is a real beauty. Most commercially available Carcharodontosaurus teeth aren't in the best condition but this one has nearly flawless enamel and fine serrations. There is a small repair near the tip but no restoration. 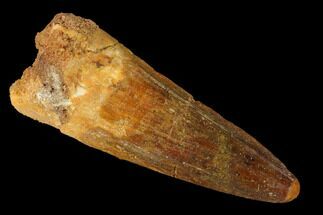