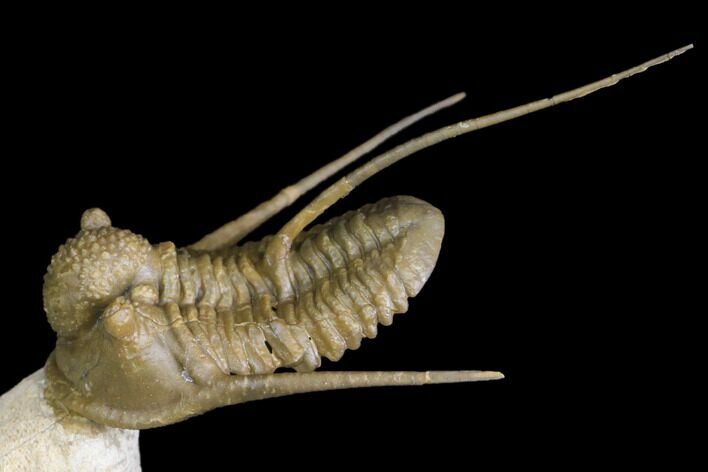 This is a uniquely prepared specimen of the long-spined Cyphaspis eberhardiei from the Timrhanhart Formation. The limestone has been painstakingly removed from much of the shell on both sides allowing light to shine through it. So, when backlit, the calcite shell of the trilobite appears translucent.