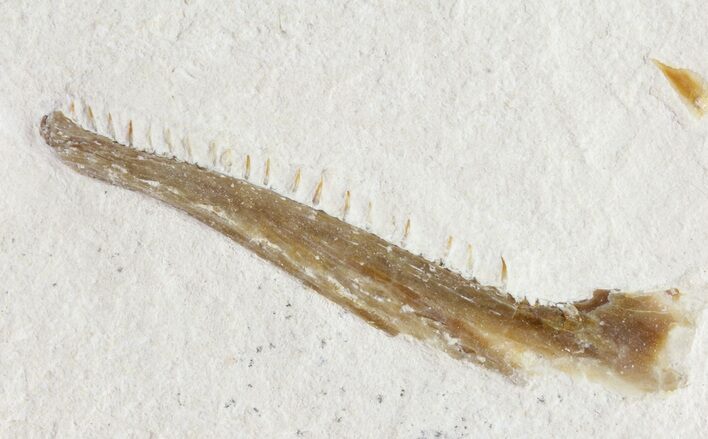 This is a 1.75" long jaw of an unidentified fossil fish from the Upper Jurassic, Solnhofen Limestone in Germany. It's located in the middle of a nice, squared off piece of limestone and comes with a display stand. 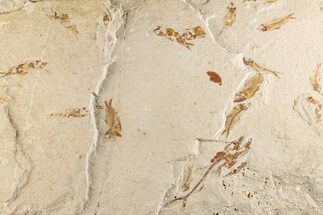 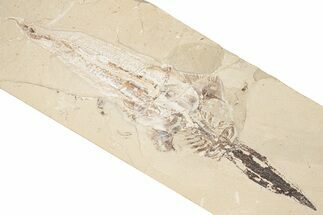