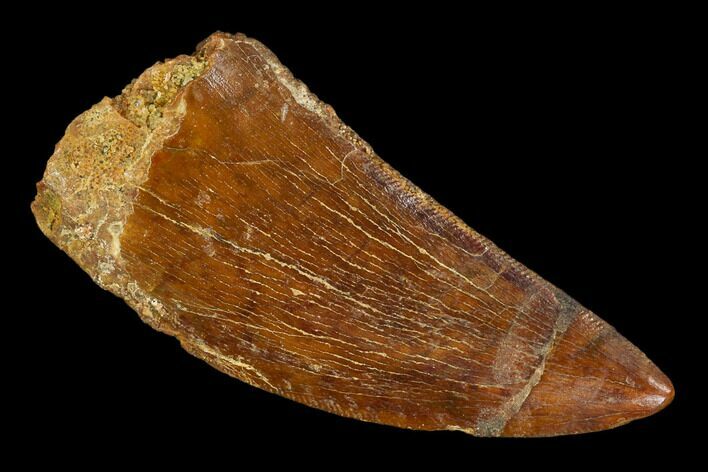 This is a 1.76" long tooth of a Carcharodontosaurus from the Late Cretaceous, Kem Kem Beds of Morocco. Carcharodontosaurus was a massive predatory dinosaur larger than Tyrannosaurus rex. This tooth would have come from a juvenile with much smaller teeth. 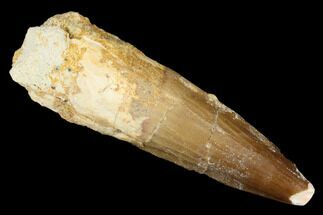 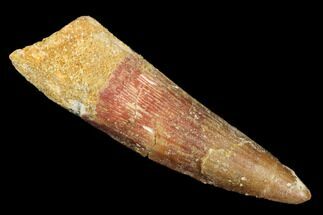 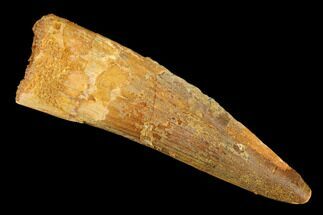 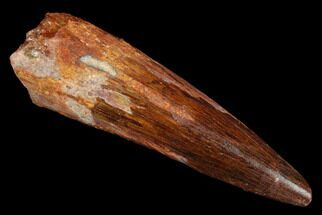