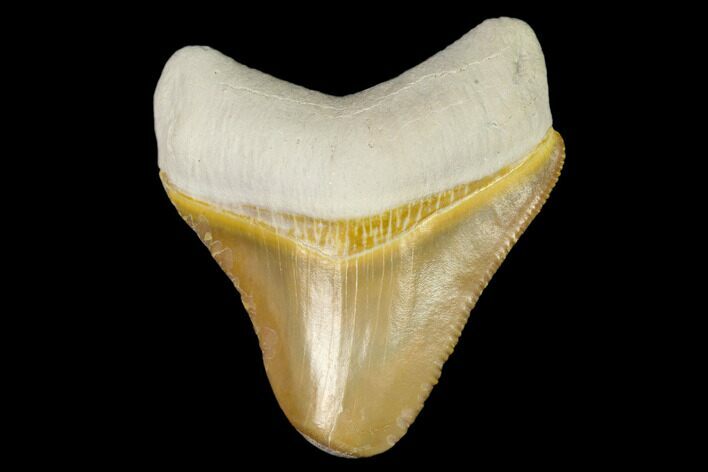 This is a 1.79" long fossil Megalodon (Carcharoles megalodon) tooth from the Bone Valley Formation of Florida.