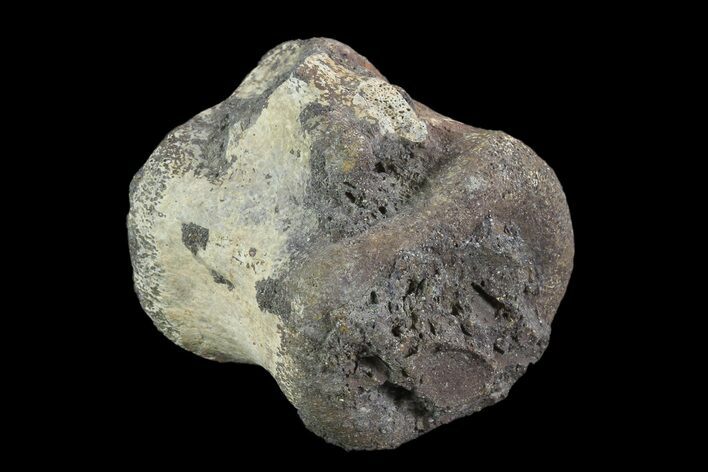 This is a 1.8" wide Hadrosaur vertebra centrum from the Horseshoe Canyon Formation of Alberta. The vertebra is in good condition and is still partially covered in the rock it was found it.