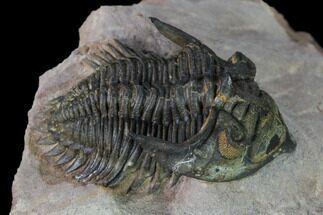 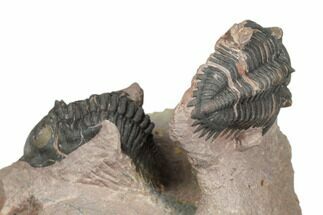 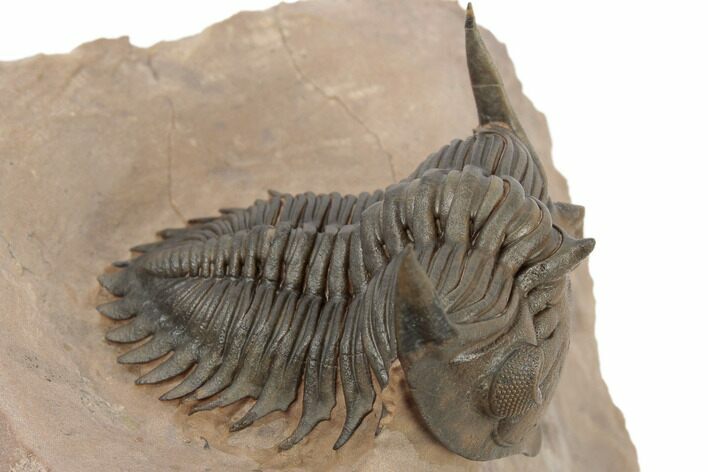 This is a beautiful, 1.8"(if outstretched) long specimen of Metacanthina issoumourensis often referred to as an "Asteropyge" or “Kayserops”. It was quarried near Lghaft, Morocco, and has nice eye facet preservation in both eyes. The genal spines have been prepared free of the surrounding limestone. There is some restoration to the right genal spine. 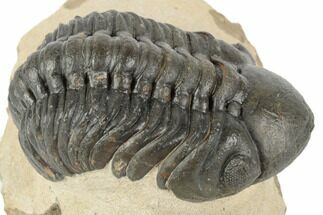 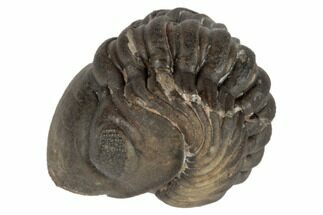