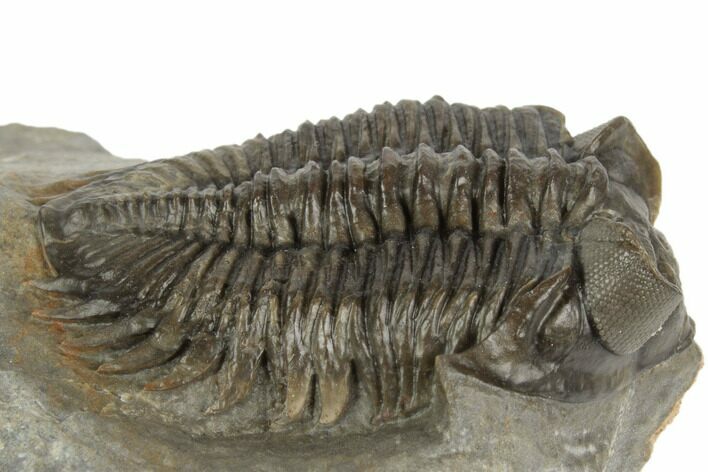 This is a 1.8" long Coltraneia trilobite quarried near. It has a natural, multi-toned shell coloration and big, bug eyes. The eye facet preservation in both eyes is incredible.