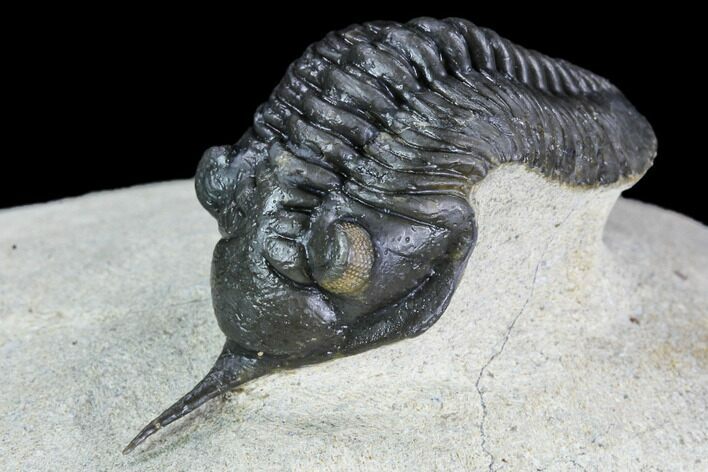 This is a gorgeous, 1.9" specimen of Morocconites malladoides. The genus has a distinctive pointed rostrum coming off the front of it's head. The shell is a beautiful, chocolate brown and the eyes of this trilobite have a natural orange coloration which occasionally occurs on trilobites from this locality. The rostrum has been prepared free standing and there is no restoration.