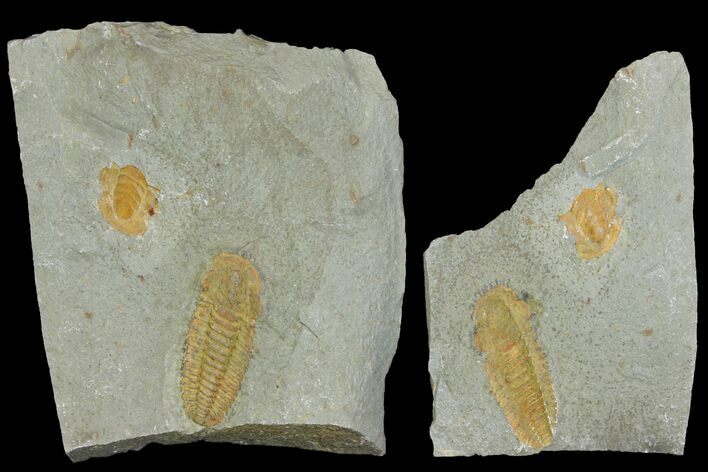 This is an 1.9" long specimen of the Middle Cambrian trilobite Protolenus (Protolenus) densigranulatus. The bright orange coloration is natural and due to the oxidization of iron pyrite. This specimen is a molt. Comes with both the positive and negative impressions.